As promised, here is an excerpt from my upcoming release, 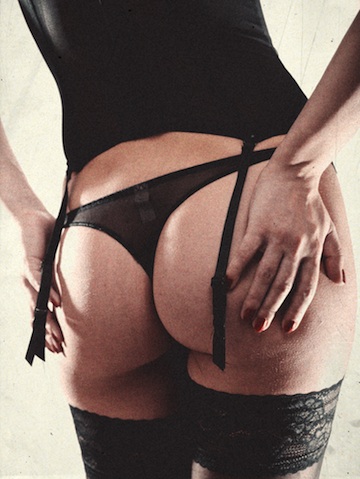 The elevator let them out into the hallway, and he led her to the double doors that opened into his living room.  Closing it behind them, he removed her coat, and immediately strode her through the room, yanking her over his knee as he settled on the arm of his large, sleek, leather couch.

“Shush,” he scolded, pulling her red satin panties up into her crack. “Honesty from now on, correct?” he decreed, landing his hand with a series of hard swats on her right cheek.

“You’ll be careful about who you meet and where you meet them?” he continued, spanking her left cheek just as hard.

“That’s the general idea,” he quipped, his unrelenting hand smacking away.

“Nope, not yet, now be quiet.  You asked for a spanking, you deserve a spanking, and that’s exactly what you’re going to get.”

“Keep that up and I’ll get my paddle,” he announced, pausing for just a moment, “then you’ll really have something to complain about, and just for the record, I’m also spanking you for keeping me waiting earlier.  You need to be more considerate,” he scolded.

He waited until she’d caught her breath, then delivered a series of scalding, rapid-fire swats, turning her bottom bright pink, finishing with a flourish on the tender area where her thighs met her cheeks.  Pulling her up, he sat down on the couch and brought her into his lap.

“Damn,” she panted, “my butt is really stinging.”

“Of course,” he said tenderly, “you needed it, and I meant what I said.  When you’re going to meet a stranger, you must call a friend and let them know where you’ll be.  Arrange some kind of code, so if you find yourself in trouble you can let them know.”

“That’s a good idea,” she replied, snuggling against him.

“I could have been an axe murderer.  Did anyone know you were meeting me?  My name?  The address the car brought you to?”

“No.  I guess that was kind of stupid,” she admitted.

“Oh, Zander, are you sure we’re not compatible?” she asked wistfully.

Pushing away from him, she sat up and smiled.

“So much better than okay, except my butt really stings.”

“It should hold you in good stead until you meet someone who can keep it that way,” he remarked.

“Thank you for caring about me,” she murmured, pecking him on the cheek.  “Can I see your palm now?”

“Sure,” he chuckled, raising his hand and opening it up.  “Here.”

She gazed down, tracing her forefinger across several areas, then sighed heavily.

“Well,” she said dramatically, “you’ve had a rough love life, which is sad because you have so much romance in your soul, and you’re nowhere near as tough as you pretend to be,” she declared, glancing up at him.

“Is that so?” he answered, a little unnerved by the accurate description.

“Hmmm,” she mumbled, dropping her gaze back down.  “There seems to be a reunion of some kind.  Yes, you’re going to meet up with someone from a long time ago, but there are challenges involved.”

Zander found himself drawn into her story, and her voice had taken on a deeper tone; she sounded wise, almost like an old soul.

“It will be interesting.  There is love there, or the potential for love, but only if you’re willing to take a leap of faith. There’s danger too.  You must tread carefully.”

She paused, sighed, and lifted her gaze.  For a brief moment he was spellbound, then he broke from her web and grinned.

“That was impressive,” he smiled, “thank you.”

Slightly rattled, he stood up and pulled her to her feet.

“You make sure you call me next time you go out on date with someone you don’t know, and if you can’t reach me, call someone else.”

“Go and get changed and I’ll walk you down to the car.”

He watched her move away, her tanned bottom seductively swaying, then wandered across to the windows.  Staring at the city lights below, Gabriela danced in the forefront of his mind.

Impossible, he thought, then an unexpected chill shuddered down his spine.  Frowning, he shook it off, but couldn’t help wondering what had become of her; they had shared such a deep connection, or so he had thought.

Did I completely misjudge her?  Was the whole thing my imagination?