He had warned me!

It had been in Paris at one of those charming, comfortable outdoor cafes.  My mood had been cheeky and playful, and raising His one wicked eyebrow He had made it clear He could play that game too. 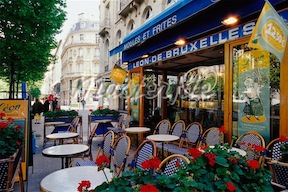 I continued my mischief, testing the waters, until He told me He would be more than happy to spank me right there and then, bent across the table if that was what I wished.

I didn’t quite believe Him but heaven forbid He wasn’t bluffing.  I smiled and politely informed Him that no, it was not what I wished.

It was some time later that I found myself with Him in the bar of an upscale hotel in Boston. 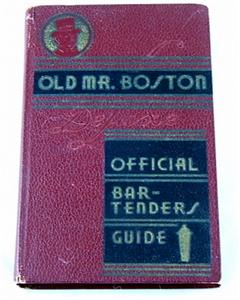 It was early, before dinner, and only a couple of patrons shared the lounge with us, sipping drinks, seated at tables, alone with their thoughts.

“Let’s sit at the bar,” He suggested.  I nodded my agreement and we hoisted ourselves on to the high stools.  The bartender, a very jocular chap with a wide grin, asked what we wanted to drink.  He ordered a beer on tap.  I, however, couldn’t make up my mind.  After a few minutes I finally ordered a Kir Royale.

As I watched the bartender reach for the glass I realized it wasn’t what I felt like at all, and requested a Harvey Wallbanger, but when I saw the plastic container of orange juice I stopped him.  Then told him to go ahead, then said no!  He smiled and gave me a patronizing look, and very patiently suggested I give it more thought.

“You’re driving the poor guy crazy – and me too,” Sir frowned.

He leaned forward and very quietly spoke in my ear.

“Order what you want then leave it alone.  Change your order one more time and I’ll spank you here and now!”

I felt a hot flush cross my cheeks and an instant recall of that moment in Paris.  Pulling back I studied His face, and though I didn’t want it to be there I could feel the challenge in my eyes.  Paris was in another country, miles away.  Things happened on trips.  But here?  So close to home? Really?

And he was smiling.  It was a big, broad happy smile.  Would he really be smiling like that if he were about to carry out such a threat? 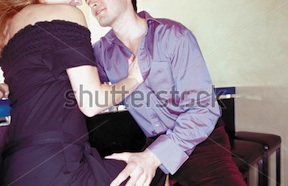 Slowly I turned and called to the bartender.

“So – what can I get you?” he asked again.  “Would you like me to make you one of my specialties?”

“Sure,” I responded impulsively, thinking it sounded like a fine idea.

“You know what – never mind.  A glass of Chardonnay will do fine.”

It happened with lightening speed.   I was suddenly off my bar stool, His hand swatting my backside.

In vain I struggled, but the manner in which He was holding me made escape impossible.  The chuckles and laughter from the nearby strangers stung more than the smacks from his hand, and though in reality it was over as quickly as it had begun, it had felt like the longest spanking I’d ever received.

Unceremoniously He plonked me back on my bar stool, and mortified and totally embarrassed I stared at the counter, convinced my face was redder than my bottom.

“Have we made up our mind then?” the bartender asked.

I could hear the jocularity in his voice and found it impossible to speak.

“I believe we have,” Sir answered.  “She will have whatever you would care to make for her.”

Uncomfortably perched on that stool, filled with chagrin and wishing I could escape, I couldn’t deny the heat permeating my entire being.  My sex was on fire and all I wanted to do was surrender my body to Him and have Him devour me utterly and completely.

My one and only public spanking.  It was one of the most mortifying, embarrassing moments of my life.  It was also one of the sexiest, hottest turn-ons I’ve ever experienced.