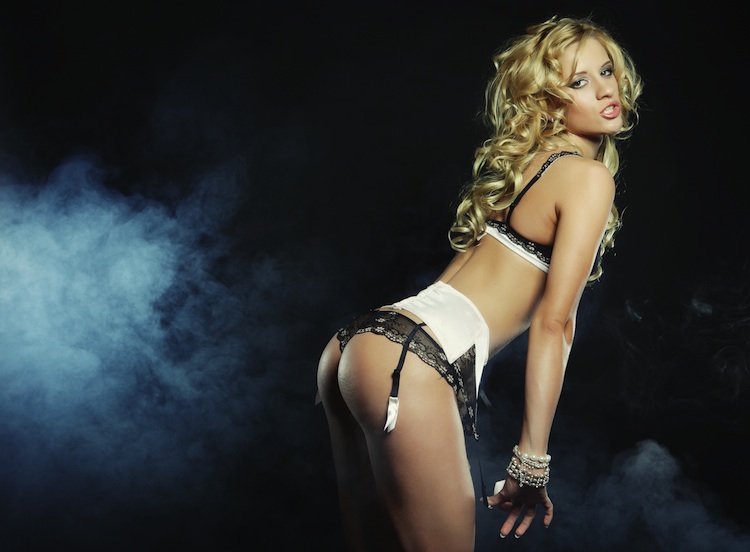 In their first meeting, she had admitted to Tad that she had been a demanding child, but her father had been able to channel her boundless energy in a positive way, using corporal punishment.  By the time she was a teenager, though her days of feeling his hand smack her bottom were long gone, his control had remained, and when her friends were running around drinking and partying, he had kept her on a short leash.  Several of them had ended up in serious trouble, and she’d been grateful he’d been so strict with her.
Her father had died just as her career began taking off, and as the years slipped by and her fame grew, she found herself unable to resist the temptations that crossed her path.  Drugs, reckless behavior and promiscuity were plaguing her.  She blamed it on the passing of the only authority figure she’d ever had, and had sought out Tad’s therapy in the hopes it would return her to a positive path.
Tad insisted she keep a diary of all her self-destructive behaviors, and once a week report to him.  Like clockwork she would show up at his office, list in hand, and her backside would pay the price.  Once a month they would sit down and dissect the ups and downs of her life.  She was very happy with the arrangement, and Tad felt they were making excellent progress.
“Dr. Montgomery,” she smiled, walking in and dropping her coat and bag on the couch.  “The paddle I think.  Oh, a new crop!  It looks fierce.”
“Yes, I believe it can be,” he replied.  “How are you this week?”
“Doctor, I’ve been a very good girl.  Twice I turned down late night parties where I knew I’d get myself into situations I should avoid.”
She paused.
That was the good news, and the look on her doctor’s face told her he knew there was more.
“I’ve only succumbed to temptation once,” she admitted soberly.
“And that was?” he asked sternly, picking up the paddle.
“I stayed out much too late when I had an early morning shoot, and I needed some coke to get myself moving in the morning.”
Even in her expensive clothes and standing at 5’11” she still looked like a guilty little girl.
“I see.  Anything else?”
“Skipped a meal.”
“Not good.”
“No, Doctor.”
“Is that it?”
“Yes,” she sighed, “but I am doing better, aren’t I?”
“Yes, you are,” he nodded, “but you still need to be punished for your mistakes.  You know what to do.”
The gorgeous woman kicked off her shoes, stood behind the chair and bent over it, presenting her bottom for punishment.
“Do you have anything to say?”
“I’m sorry, Doctor.  I know I messed up.”
“It’s good that you’re sorry, and I’m glad you have admitted what you’ve done, but it will be even better when you come here next week, and tell me you’ve not indulged in any negative behavior whatsoever.  You’re very close to reaching that goal, but for now you must be taught another lesson.”
“Yes, Doctor.”
For a brief moment, Tad considered the truly bizarre scenario in which he found himself.  An international model, a model that men gawked at and lusted after, would soon be squirming and gasping from the swats of his paddle.  He shook his head.  It was quite amazing.
“Ten should be sufficient.  Seven for partying, a very naughty thing to do, and three for being lazy and skipping your meal.  Do you believe that’s appropriate?”

“Yes, Doctor,” she breathed, mentally readying herself for the sting she knew the paddle possessed.
He touched the paddle to the center of her bottom and quickly slapped it down, then followed it with a second.  Recalling how Margaret had counted out the strokes of the crop for her husband, he decided to add it to their interaction.
“How many is that?” he demanded.
“Two, Doctor,” she panted.
“Keep track now, please,” he instructed briskly, and delivered the next two in the same quick succession.
“Now?”
“Oooh, four,” she bleated.
He decided to swat the last three very fast and very hard to emphasis his displeasure at the party and coke foray.  It wasn’t acceptable, not at all, and if memory served him right she’d not indulged to that degree for at least three weeks.
Lifting the paddle he smacked her hard and fast.  She threw back her head and let out a yelp, wriggling and squirming over the chair.
“How many?”
“Ooooh, Doctor.  Seven, Doctor.  Oh, that hurt!”
“Excessive partying is totally and completely unacceptable.  If you come in here next week having the same thing to report, you’ll get twelve strokes of my fierce new crop.  Am I clear?”

“Oh, Doctor.  Yes.  Oh, thank you for being so strict with me.  I knew it was very bad of me.”
“See that you remember,” he added sternly.
“I will, I promise.  I will.”
“Now the three for skipping your meal.  With your rigid diet and hectic schedule, you know it’s important that you keep to the program.”
“Yes, Doctor.  It won’t happen again.”
Placing the paddle below the area he’d just spanked, he landed three swats in slow succession, the last being the hardest.
“I trust that will serve you well for the week,” he declared.  “You know what to do.”
Slowly she raised herself up and walked quietly to the corner of the room.  She was required to spend ten minutes considering her crimes and reflecting on her discipline.  He set the timer on his desk, and when the bell sounded she would pick up her coat and bag and silently leave the office.  It was what worked for her, and that, as far as he was concerned, was what mattered.
Opening her file he made his notes.  Looking back over the last few weeks he was encouraged.  This last slip was to be expected.  It was common for patients to take a step backwards from time to time, and they generally bounced back stronger, with renewed motivation.
Time was up.  The bell rang, and international model Cathy Stewart walked across the room, picked up her coat and bag, donned her shoes and headed for the door.  To his surprise she stopped, and slowly turned to him.  Her eyes were slightly teary, her face red.
“Dr. Montgomery, I am enormously grateful to you,” she stammered, and before he could respond she was gone.