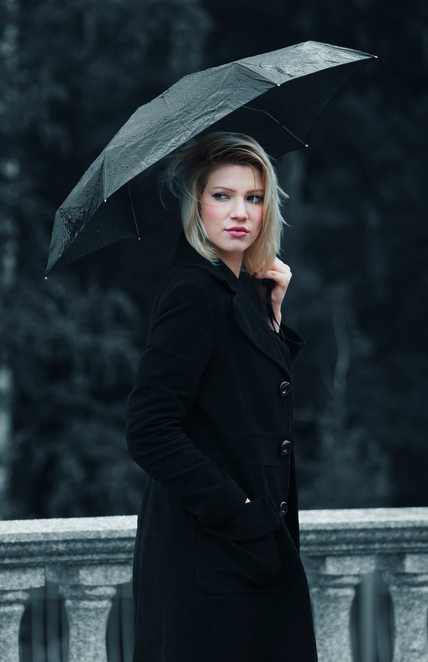 The wet stuff was falling in heavy large drops, the dollops virtually bouncing as they hit the ground around her very expensive, black boots. ‘They’ had told her the very expensive black boots were waterproof.  ‘They’ were wrong, and as she dashed into the Starbucks to escape the unexpected downpour she could feel the icky wetness bleed into her socks.

“Ugh,” she muttered, grateful to be in the dry safety of the bustling coffee shop.

A Grande Latte was not why she was there.  Shelter was her only desire, and as she stood, staring out at the tempest, a voice behind her sent her pulse racing and her stomach churning.

Turning very slowly, her eyes on her very expensive boots, her bedraggled hair stringing around her face, she lifted her gaze.

Shit.  What was the line?  Of all the gin joins in the towns in all the world, she walks into mine, only it’s a Starbucks and it’s a ‘he.’

“Hey, how are you?” he asked strolling forward. “Nice boots.”

“Wet,” she answered, then immediately blushed. Lord, of all the answers.

“I can only imagine,” she grimaced.

Then it happened, the awkward pause, the heady silence, and the inevitable flashbacks.

The intense, decadent dark nights, the ribbons he used to tie her wrists, his flogger, the languid kisses that filled her with longing

“Looks like the rain is easing,” he remarked, intruding into her thoughts.

She glanced out the window, not caring, a deep ache washing through her soul.

She met his eyes, expecting to see the rich brown warmth that had so utterly mesmerized her, but to her surprise she saw regret, or did she?

Yes, it was fleeting but it was there.

She wanted to ask him why.  What was it that had caused him to walk away from their delicious dance? It had been so luscious, so connected, so…them.

He ambled away, and swallowing the tears she moved through the door and into the misty rain.  Even if she’d had the courage to ask, she knew all he’d say was, “I guess, because.”