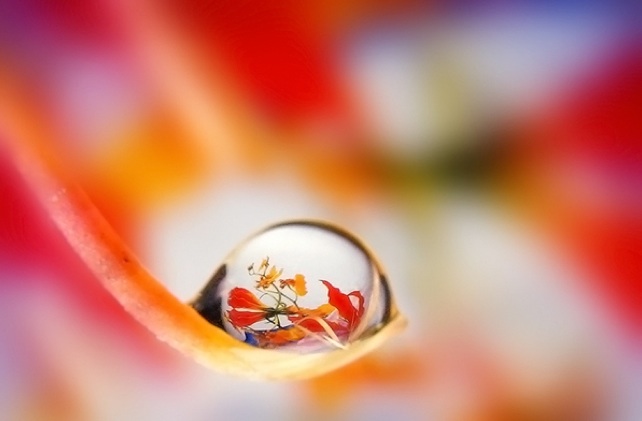 flawlessly captured by a special camera lens,
reflecting that which surrounds it.

What then, of a teardrop?

Would it reflect the empty soul,
sitting void and clear upon the cheek?

Or the joy of love,
filled with blushing pinks and shimmering waves of red?

And in the prurient ecstasy of mutual bliss,
when the Romantic Dominant engulfs his surrendered submissive
in his divine dance of decadence,
will there be a sparkling cascade of gold and sliver,
a tiny, glistening waterfall,
breathlessly visible,
in its transparent bubble?

Oh, that the special camera lens could cast its magic upon such tears, what would it show us?