(Using this photo because it’s so much fun) 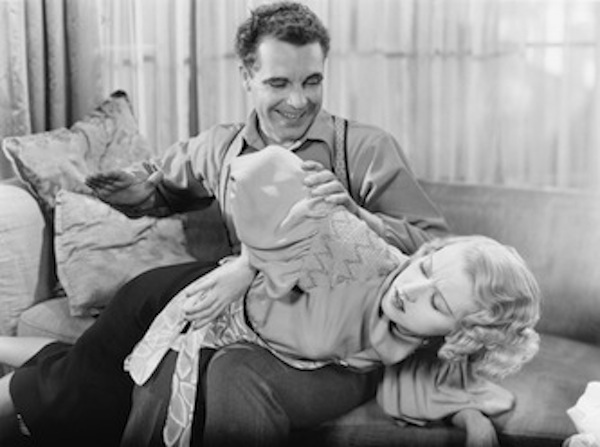 When Lucinda informs Simon and Belle she will be flying to London to visit, Simon requests that Joseph accompany her, relieving Belle of the burden of playing tour guide.

The young starlet quickly learns that Joseph is one man who will not tolerate her Hollywood Diva Dramas!

Here is an excerpt in which Lucinda, for the first time in her young life, finds herself in all kinds of unexpected trouble.

Joseph had changed into a sweat suit, found the aspirin, and was about to wander back into the living room when he heard the outburst. Picking up his pace he entered just as Lucinda had begun to march furiously around the room.

“What happened?” he asked, genuinely concerned. She looked extremely upset; her face was bright red and her fists were clenched.

“Fucking Jarrod, that’s what happened,” she barked.  “Fucking asshole!” and to his shock, she suddenly grabbed a green and white marbled vase sitting on a pedestal and lifted her arm to throw it.

She stared at him for a split second, then threw it violently across the room, landing it against the wall, smashing it completely.  Joseph burst across the room and grabbed her around the waist, effortlessly lifting her off the ground.

“Put me down!” she shrieked, arms and legs flailing.

Ignoring her outburst he carried her into her bedroom, kicking the door shut with his foot, then sitting on the edge of the bed, threw her across his lap.

“You may be buzzed, you may be hurt, you may be angry, but you do not destroy other people’s property,” he scolded sternly.

“FUCK YOU!” she screeched.

“You really shouldn’t have said that,” he exclaimed raising his arm.

The thin silk of her dress was little protection from his spanking hand, and his palm rained slap after slap, landing with gusto, spanking her bottom with force and vigor, and while she kicked and yelled and called him names he’d not heard since his stint in the military, he’d already made up his mind not to stop until he heard the two magic words.

“That took you long enough,” he remarked dropping his hand away.

“You’re so unfair!” she wailed.

“Nope, not until we get a few thing straight.  You don’t throw anything else in this house,” he declared, landing more smacks across her backside.

“Second, no more sarcastic, smart-ass digs at your sister.”

“Third, you treat the staff here, and waiters at restaurants, everyone, with respect,” he finished, dropping his hand with rapid fire swats to underscore his decree.

Satisfied, Joseph yanked her up, sitting her next to him.