Hold on to your hats, boys and girls, it’s story time again. 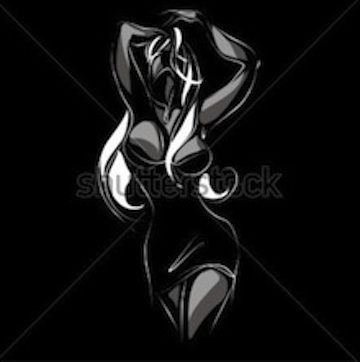 She let out a soft moan and rested her head on his shoulder.   The dress slipped away, falling in a puddle at her feet, and he picked her up and dropped her on the bed.
“You are quite the naughty girl, aren’t you Avery?” he scolded.
“I suppose I am.  I suppose you’re going to say this is all a clandestine way to rebel against my father.”
“I’m not going to say anything of the sort,” he replied, stripping off his clothes.  “I’m off the clock.”
“If I’m so naughty, maybe you should spank me,” she breathed.
Dropping the last of his clothing carelessly on the floor, he considered her surprising suggestion.  It was tantalizing, something he’d not done in his private life.  The only spankings he’d delivered had been over the last few months, and confined to the office, where there had been no sexual feelings associated at all.
“You really want me to?” he asked, genuinely titillated.
“Oh yes, I do, very much,” she pleaded.
“If I do, I will spank you properly,” he growled, the stirring in his cock growing exponentially.
“Oh, my God,” she whispered, dropping her hand between her legs.  “Please.  Please tell me you want to.”
“I most certainly do,” he said gruffly, as a hungry, unexpected need surged inside him.
It was true.  He suddenly and unexpectedly wanted to spank her.  It was a new and overwhelming desire.  She was laying back, her underwear every bit as sexy as always, garter belt, stockings, lacy panties and bra, the same emerald green as her dress, but he didn’t care about any of it.  All he cared about was smacking her ass.  Sitting on the edge of the bed he grabbed her wrist.
“Come on, across my knee,” he ordered, and with a swift, easy gesture, he yanked her over his lap.
“Aaargh,” she squealed.
“First time?”
“Yes, yes.  I’ve fantasized for so long!”
Staring at her delightful derriere, he momentarily considered what he was about to do.  The desire to slap her naked butt was devouring him, his member turning into concrete.
How is it I didn’t know this about myself?
He pushed aside his analytical mind and surrendered to his decadent, dark urges.  Curling his fingers around the sides of her panties, he pulled them up, forcing them into her crack.  She let out a startled gasp, and as he smoothed his free hand across her skin, he experienced a delicious prickling through his entire body.
He didn’t care why she needed a spanking, or why she thought she did, all he wanted to do was slap his hand down and watch her skin turn pink; he wanted to experience the joy of her wriggling against him; he wanted to hear her moan and gasp as the sting danced across her backside.
Lifting his hand, he held it in the air for a moment, relishing this, his first intimate, exciting, passionate smack.  Taking a deep breath he dropped it down sharply, slapping her soundly.  She let out a yelp, and wriggled, and Tad thought he absolutely must have died, and this was his heaven.
Repeatedly he spanked her, his hand smacking her exquisite posterior with pleasurable gusto.  It wasn’t until she threw back her hand to protect her smarting bottom that he stopped.
This is who I am, utterly and completely, he realized in wonder, and the certain knowledge washed over him like a hot, gushing waterfall.
He was filled with a growing, hedonistic need, and was convinced his cock would explode if she made one more squirm against him.  Roughly he pulled her up, throwing her on her back.  Her face was as red as her bottom, and her eyes held a glittering sparkle.
“On your hands and knees,” he said hoarsely.  “I’m going to fuck your brains out.”
“Oh, my God,” she moaned, turning over and doing as he asked.  “Who are you?”
“I’m just finding that out,” he answered, kneeling behind her.
Clutching her hips he pulled her against him.  Her pussy was drooling, hungering, waiting for his pummeling.  Placing himself at her entrance, he thrust forward, and filled with a fever he’d never felt in his life, hammered home, propelling forward with zest and zeal.  He was a piston, firing through her hot engine.  She was crying out, clutching the pillows and burying her head as his pelvis slapped against her ass.  He heard her announce that she couldn’t hold back, that she was going to explode, and he felt her walls wrap around him, demanding his release.
Throwing his head back, he heard his groans as his cock erupted, shooting forth with an energy and a force he never knew he possessed.  He was grinding against her as the spasms shook him, rubbing himself against her hot spanked bottom, until finally it was over, and his cock, spent and flaccid, slipped from her depths.  He collapsed next to her, wholly exhausted and completely drained.