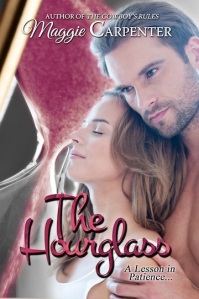 “If you don’t come with me right now I’ll spank you longer and harder,” he promised sternly.

Hearing the sincerity of his threat she began to move, and as the chauffeur stepped from the car and moved quickly to open the door, Frank handed him a twenty-dollar bill.

“Go join the party until I text you,” Frank smiled, and nodding knowingly the chauffeur turned and walked briskly away.

Climbing in the back seat first, Frank settled in, and as soon as Rhonda climbed in to join him he grabbed her wrist and yanked her across his lap.

“OW, what are you doing?” she protested.

“I haven’t even smacked you yet, what are you complaining about?” he growled.

“Man, you really are something,” he interrupted slapping her soundly. “Stop trying to put this off or your bottom will pay the price.”

“I’m so embarrassed,” she protested.

“So you said, now be quiet,” he scolded, smacking her again.

“Stop? I haven’t even started, and I can see this is going to be a two-part spanking.”

“I mean I’m going to spank you here, and then we’re going somewhere a bit more convenient, like, your bedroom perhaps, or a hotel. Somewhere I can strip you naked and whip your bare backside.”

“My goodness, keep still,” he ordered, smacking her hard.

“That was your last chance to behave,” he declared. “If you continue to carry on like this you’ll be out of this limo and I’ll be on my way back to Newport. Be still and stop the conversation, are we clear?”

“You need a very firm hand, young lady,” he muttered, and raising her skirt he discovered she was wearing pantyhose over panties.

“This ugly underwear is completely unacceptable,” he declared as he began to bounce his hand on her packaged bottom. “You’re going to start wearing thigh-highs or garter belts.”

“You are if you want to go out with me,” he barked, adding more zing to his smacks.

“OOOWWW! That hurts,” she howled.

“Keep the noise down. If you don’t obey me I’ll pull off my shoe and really paddle you.”

“See that you are,” he said sternly. “No more warnings.”

Raising his hand he let it fall into a steady rhythm, landing it across the width and breadth of her plump behind, continuing to spank until she threw her hand behind her.

“Right,” he declared, “we’ll finish this back at your place. Stay where you are.”

Pulling his phone from his pocket he texted his chauffeur, then turned his attention back to her, squeezing and fondling her bottom as he spoke.

“When we get to your house I’m dismissing the car, then it’s straight to your bedroom where you’ll strip and lay yourself back over my knee. I’ll be staying the night, but there will be no funny business,” he decreed, and straightening her dress he pulled her up and sat her next to him.

“N-no f-funny business?” she whimpered, wrapping her arms around his neck and cuddling into him.

“No, we’ll talk about that later,” he said tenderly as he stroked her back. “Rhonda Mertz,” he added, “I can hardly believe it. Isn’t life full of coincidences?”

“It sure is,” she murmured, and even though my butt hurts, I’m soooo happy about this one.”

A short time later she was as he’d proclaimed; naked, and stretched over his knee.

He was sitting on the edge of her bed, her wrists were tied together with her pantyhose, and his hot hand was peppering her bottom turning it crimson red.

“Of course you will,” he replied without missing a beat, “and if you’re not I can always introduce you to the hairbrush.”

When he was finally satisfied, though still fully clothed he stretched out on the bed beside her, and as she whimpered into his chest she slipped her hand against his cock.

“Please, Frank, I want you so badly,” she pleaded.

“You’re a beautiful, smart, adorable woman, Rhonda, and I will make love to you, but not yet,” he said tenderly as he gently removed her hand from his crotch. “We need to spend some more time together. You’re used to getting what you want, when you want it, and as much as I would love to devour your gorgeous body, you need to learn you won’t always get your way with me,” he said firmly. “Do you understand what I’m telling you?”

AVAILABLE AT AMAZON, BARNES AND NOBLE, AND YOUR FAVORITE BOOKSELLER