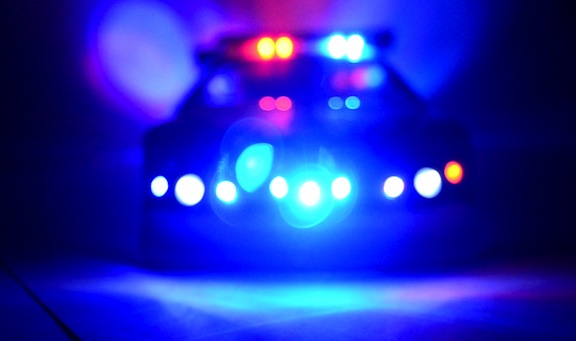 He’d planned to tell her when they sat down to dinner, but when he’d walked in the restaurant door and seen her standing there he felt an overwhelming desire to move softly behind her, lift her hair, and gently kiss the side of her neck. The momentary fantasy had washed over him, leaving him somewhat perplexed; visions like that simply didn’t happen to him.

As they’d settled into the table and he’d attempted to summon the courage to spill the beans, Giorgio had made the comment about staying safe; it had rattled him, and between the two unexpected, unsettling moments, he’d decided to wait until they’d eaten and were sharing coffee and dessert.

But when the time came, again he had to put it off.  Staring at her across the table he knew he absolutely, positively had to kiss her.  He knew it was selfish, he knew it was wrong, but if he told her and she bailed…so for the third time he postponed the inevitable, but now he’d done it, and the moment he’d breathed the words in her ear, he’d felt her recoil.

“You’re a what?” she whispered, stepping back and staring up at him.

“I’m a stuntman,” he repeated.

“How tall…I mean, how many stories?”

“It’s really not difficult, and not dangerous, honestly, as long as you fall-”

“Car crashes?” she frowned interrupting him.

“I don’t know what to say. I didn’t expect…” and as her voice trailed off he could feel her confusion, and the subtle distance that was moving between them.

“I really like you, Belinda. I’d love to see you again.”

“I really like you too. I just…need to process all this.”

“Thanks for a lovely time,” she said softly, a Mona Lisa smile crossing  her lips. “I’ll be in touch, like I said…I just need to…uh…think about all this, and Troy, thanks for telling me.”

Stepping back she opened her car door and climbed inside, and as she started the engine she looked up and gave him a small wave.  As he watched her pull on to the road and disappear into the night, he let out a heavy sigh.

A swirl of emotions cloaked him as he headed down the block.  He paused in front of shop windows and gazed absently at the merchandise on offer, not because he was interested, but because it was something to do; he felt at odds and somehow the monetary distractions helped.

He’d parked his car down a side street, and as he turned the corner he began to feel resigned.

She’ll either be able to accept it, or she won’t.  I can’t do anything about this. I just have to leave it.

The street was deserted and quiet.  He’d been staring down at the pavement as he’d walked, but as he raised his eyes and looked ahead he saw something that made him stop; squinting in the darkness he could make out a tall figure towering over a much smaller one.  It only took a second for him to determine something was very wrong.

His heart ticked up, and he could feel the adrenalin begin to pump.   Shifting away from the street lamps and hugging the inside of the sidewalk he crept forward, his senses on high alert.  As he neared something glinted, and he paused, zeroing in on what he was sure was a weapon; he was right, and he was relieved; it was a knife. A knife was easy; a gun, not so much.  Shifting his gaze to the victim he saw it was an older woman, possibly elderly, and he felt his anger rise.

You’re probably too terrified to scream or to move.  Don’t worry, you’re going to be just fine. This will be over very soon.

The perpetrator raised the knife, causing the woman to stumble backwards, and arms flailing she fell on to a parked car;  Troy waited, hoping it would trigger the car’s alarm, but her fall was not enough to set it off.  He continued moving forward, and it was only a moment or two before he was close enough to hear the mugger’s voice.

Reaching down Troy picked up a small rock and threw it over the culprit’s head; when it landed the man spun around searching out the source of the noise; it was all the opportunity Troy needed; moving quietly but quickly he was behind the mugger in seconds.

A swift karate chop to the mugger’s forearm elicited a woeful scream, and before the knife had even hit the ground Troy’s arm was around the man’s neck.

“You’re okay ma’am,” he said confidently, staring at the stunned woman’s terrified face. “If you’ve got a cell phone call 911. If you don’t there’s one in my pocket. You don’t have to worry, this guy can’t touch you.”

“Hey man, you’re chokin’ me, lemme go, lemme go,” the mugger gasped as he struggled in vain. “Fuck my arm, you broke my fuckin’ arm.”

“In the famous words of someone you probably never heard of, keep struggling and make my day.”

“What the fuck?” the man growled.

The question was designed to snap her mind off the drama, and it worked.

It was a small, affluent community, and the police arrived in minutes, sirens blazing; not sure what was happening they approached with guns drawn.

“He saved me,” the woman exclaimed, “Troy, the man holding the other man, he saved me.”

It only took a moment for the police to interpret the scene, and as the mugger was handcuffed and led away, an officer approached Troy and jotted down his contact information.

“Where did you learn how to do that? Not many citizens can take down a guy with a weapon. We advise against it, you know that.”

“I’m a stuntman, martial arts is one of my specialties and-”

“Wait, Troy Berenson, aren’t you the guy who did all the work on Preston Bailey’s films?”

“Well no wonder! That guy probably didn’t know what hit him,” the cop declared.

The victim lived nearby, and as the cop continued to chat with Troy about his work, she and her husband cautiously approached.

“Excuse me, I’m Bernie,” the elderly man said, “I’m Doris’s husband, I just want to say thank you. What can we possibly do to repay you. You’re a hero, a real, live hero.”

“You were like someone in one of those movies,” Doris gushed. “You were so brave, and the way you hit his arm!”

It continued for some time, until Troy managed to leave the scene and head home. Stumbling into his house he headed straight to his bedroom, stripped off and collapsed on his bed.

“Well, if I never hear from Belinda again at least something good came out of this,” he muttered. “If I hadn’t gone to dinner, God only knows what might have happened to that poor woman.”

He yawned and stretched and switched out his lamp; moments later, exhausted from the eventful night he was asleep.

At her condo, not far from where the incident happened, Belinda, unable to drift off and watching television, had heard the sirens.  They weren’t an every night occurrence, and when she left her bed and gazed out the window she could see the flashing lights in the distance; they were racing down the main road, and it was clearly more than one car.

Her curiosity only lasted a short time, and when her show ended and she turned out her light, she stared up at the ceiling.

I cannot believe I meet this amazing guy, and he’s a frickin’ stuntman.  I want an insurance salesman, or an accountant, or a banker, someone who goes to work and the worst thing that can happen is a paper cut.  What am I supposed to do? How could I not worry every single day he’s at work? This is not good, this is not good at all.  Please, tell me what to do. God, spirits, the heavens, whoever, whatever, tell me what to do…give me a sign…I can’t figure this one out. Please, I need help!