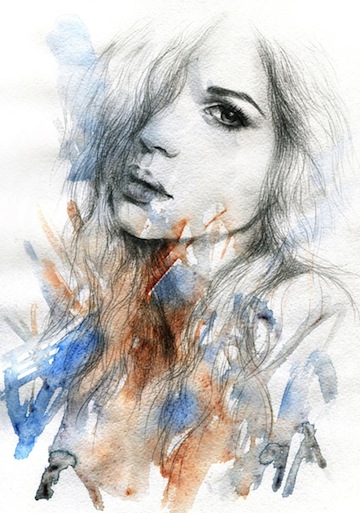 It was the chiming of her cellphone that snapped Belinda awake. Gazing at the clock she saw it was only 6:35 a.m.; it could mean only one thing, and staring at the number reflected on the small screen she knew she was right. Sighing, she picked it up and touched the accept button.

“We need you.  Massive pile up on the 405, the ambulances are endless.”

It didn’t happen often, but on the odd occasion when there was as a traumatic event with many casualties, off-duty staff were called in.  She didn’t mind, it was her job, and dressing hurriedly she dashed to her car.

The hospital wasn’t far, and zipping her BMW into the first spot she found, she ran from the parking lot and through the double doors into emergency; she couldn’t believe her eyes; there were gurneys everywhere.

“Thank God, we need you,” a voice called from behind.

Spinning around she saw her favorite doctor, Samuel Davis, a recruit from back east.

“Where should I start?”

Striding past the chaos she slipped through the curtains and saw a man having his clothes cut from his body by two of her colleagues.  Shards of glass were imbedded across his face, neck and shoulders, and she could see he was barely conscious.  Moving quickly to his side she pulled on gloves, and had just begun to carefully remove the small slivers from his face when he fluttered open his eyes and attempted to utter some words.

“You’ll be okay, don’t try to speak,” she said gently.

Leaning down she put her ear to his lips.

She could feel it; she’d felt it before; the ebbing of life.

“CRASH CART, STAT!” she called, then dropping her head back down she whispered, “you stay here for her, you hear me, she needs you!”

Hearing the approaching cart she quickly stepped back, making room for Dr. Davis and his team, but as they rolled the cart into the cubicle she suddenly felt strangely overcome. Her heart was pounding, and as she ducked through the curtains to try to calm herself, for a fleeting moment she thought she was going to pass out.

Taking a deep breath she shook herself and turned in the direction of the voice; it was Kathy Morgan, a doctor in her fifties and one of the few residents Belinda didn’t care for.

“Are your feet stuck to the floor?” the woman exclaimed.

“Coming, sorry,” Belinda apologized striding towards her.  You can’t wimp out now, too many people need you.  Just get through this.

She was about to move through the curtains to join the difficult woman when she saw Dr. Davis walking away from Cubicle 4. She paused, trying to catch his eye; as if sensing her stare he looked back and held up his thumb.  A wave of emotion washed over her, and she mouthed him a thank you before slipping through the curtains to assist the waiting doctor.

The chaos continued, but as she ran from patient to patient the man in Cubicle 4 remained in her thoughts; even after a team arrived to transport him to intensive care she couldn’t shake him, and two hours later when the craziness was over she searched out his name and room number.

“George Barrett, 35,” she muttered staring at his chart.

As she read through his list of injuries she shuddered; they were severe, but with luck and good care he could make it.  She stood for minute, trying to decide if she should visit his room.

Looking up she saw the kind eyes of Samuel Davis.

“Doesn’t matter why,” he smiled. “Go and check on him before you leave. If you don’t he’ll follow you home.”

“You’re right,” she sighed, and putting the clipboard back in its place she headed to the elevator.

A few minutes later, as she walked down the long, gleaming corridor, she spied a woman leaning against the wall ahead; drawing closer she saw the woman was close to George Barrett’s door, and was crying copious tears.

“Yes?” the woman replied lifting her head, her red-rimmed eyes staring back at her.

Swallowing an unexpected lump in the back of her throat, Belinda reached out her hand and touched the woman’s arm.

“I was at your husband’s side before he lost consciousness.”

“He was fighting to stay awake, he needed to say something, and that something was, tell my wife I love her.”

The woman stared at her, then succumbed to a fresh wave of tears.

“Thank you, thank you so much for telling me,” she sobbed.

“I think he’s going to pull through this,” Belinda said, feigning a confidence she didn’t feel.  “I just have that feeling.”

“Stay strong for him, it matters,” Belinda replied, and impulsively moved forward and hugged her. “I promise I’ll check on him whenever I’m on duty.”

“Thank you, thank you so much. What’s your name?”

“Belinda,” she said stepping back. “Take care of yourself.”

“Thank you again,” the woman stammered. “It means the world to me.”

Belinda turned and headed back down the hallway, and unable to fight them a moment longer, she let the silent tears fall.

That poor woman. They love each other so much.

She grabbed her bag from the staff lounge, and feeling an urgent need to escape she hurried out to her car.  Sitting behind the wheel she leaned back and closed her eyes.

Opening her bag she pulled out her phone and stared at Troy’s name.

“Of all the careers in the world, why did you have to be stuntman?”

Taking a deep breath, she hovered her finger, then hit SEND; he answered on the second ring.

“Belinda, it’s good to hear from you.”

“Troy, you’re the first guy I’ve met in a long time that made me feel…that thing…and this is really hard,” she managed, “but I can’t do it.”

“Can’t do what exactly?”

“See you again. Jumping off buildings…flipping cars…it terrifies me.  I’m sorry, I’m really sorry, I can’t walk through this door.”