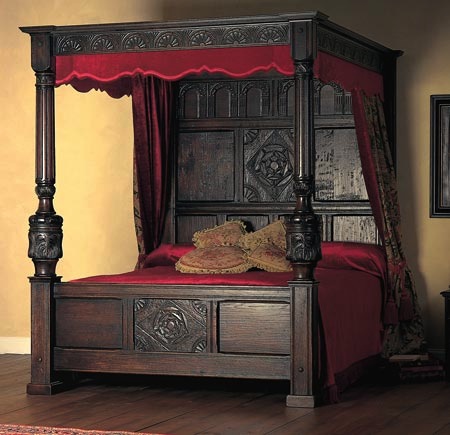 “What do you think. Do you want me to relieve all that anxiety, and do you deserve to be punished? You can email me your answer tonight, and we can take things from there. Agreed?”

“Are you saying you want to come home with me now?”

Dust devils swirling in her stomach, she slowly nodded her head.

Standing up he reached for her hand, and without a thought to anyone around them he pulled her into his chest and hugged her. A few minutes later she was following his Porsche over the canyon road, and as she navigated the sharp bends she thought the drive would never end. When he finally turned down a long driveway she was almost relieved, but then caught her breath when his house came into view; it was a startling, two-story Tudor.

Good grief, that’s some house, and it’s so private here.

She was still gazing at the impressive home when he opened her car door, and as she climbed out he put an arm around her shoulders.

“Your house,” she mumbled, “it’s so beautiful.”

“It’s my castle,” he replied as he guided her forward, “and there’s something you need to know.”

“I guess I should ask what it is,” she muttered.  As if I’m not nervous enough. Something I need to know?  Please…I know enough! I know I’m about to be spanked by you, and it’s been soooo long.  I don’t know if I’ll be able to stand it.

“When you walk through the door,” he began, “you lose your vote, except for one thing.”

“Orange and red? I don’t understand.”

“Orange means caution, red means stop. Those are your safe-words.”

The dust-devils transformed into F1 tornadoes, and she leaned against his strong, muscled arm.

“You still want to come in?”

“I need to hear three yes’s,” he smiled.

Sliding his key in the lock he pushed opened the door, and she found herself standing in a black and white tiled foyer, staring at a suit of armor.

“My gosh, I love this place,” she murmured.

Taking her hand he led her up the stairs and through double doors into the master suite. She stood for a moment, then broke into a smile.

“Why am I surprised? Of course you would have an amazing four poster bed. This really is like a castle.”

His lips were on hers before she could take a breath, and as his arms engulfed her she felt her body melt against him.  Their kiss was filled with needy passion, sweet but strong, yielding but demanding, and when he broke away she was limp in his arms.

“I’m going to spank you hard,” he whispered.

“First, because I want to, second because you want me to, and third, and perhaps most importantly, because you need it.”

Moving her slowly towards the bed he sat down, gently pulled her over his lap, and began to smooth his hand over her curves. He knew she could feel his fingers through the thin fabric of her skirt, and continued the caress until she settled, then raising his palm he began to slap, moving from cheek to cheek in a methodical, predictable rhythm.

Belinda had buried her face in her hands.  Though mortified she felt an intense relief, and as the sting increased and her small utterances of pain transformed into loud ouches, she felt the warm delicious flood between her legs.

I’ve missed this so much, even more than I thought.  I feel like…like…this is home.  It’s crazy, why do I love it? Why?

Her squirming grew, and he paused to stroke her back, but only for a moment, and when her skirt came up and her panties were slid down, she cringed into the comforter.

The spanking resumed, his smacks falling with greater alacrity and force, and as the minutes ticked by her wriggling became gyrations, her mutterings became moans, and he knew it was time to stop.  He smoothed her skin, rubbing away the burn, then pulled her up, and stretching out next to her he brought her tenderly into his arms.

“How do you feel?” he asked wiping the hair from her face.

“Perhaps if you had someone to lean on, someone to help you when you’re wired and tired, you could continue doing the job you love.”

She closed her eyes, nestling against him.

“I’d like to be that person. I don’t mean to jump the gun, but I do feel a chemistry, a connection between us.  ”

“I do too,” she admitted, “and I know we’ve just met, but it doesn’t seem like that. I mean, I feel as if I’ve known you for weeks, not just a couple of days.”

“A spanking will do that,” he grinned.

“You’re wicked,” she giggled punching him lightly.  “I do I have a question though.”

“Why did that boy want your autograph, and what was he talking about? He called you a hero, didn’t he?”

“Ah, well, I think we should cuddle for a bit, then go downstairs and I’ll make us dinner while you watch some TV.”

“You’re not going to tell me?”

“I didn’t say that, but remember my rule? When you walk through the door…”

“You’re being very mysterious. So, no vote, which means we’ll cuddle, go downstairs and I’ll watch TV while you make us dinner.”

“Good girl, see how easy that was?”

“I like your rule,” she murmured, and I love my hot sting, and this house, and my instinct tells me that  walking through your door is about the smartest thing I’ve ever done.