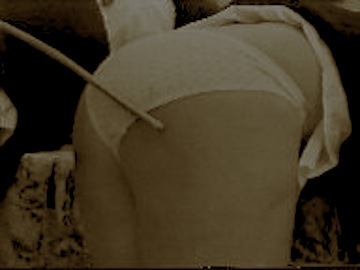 I have just learned, that the phrase, “The Rule Of Thumb”, relates to the size of a rod a husband was permitted to use on his disobedient wife during the VIctorian era.  It’s not strictly true, in that it was not legal in England, but it was uncovered by journalist, Jenni Murray, that:

” In medieval Welsh law, under certain specific stringently defined conditions, a man might strike a woman with a stick as thick as his middle finger and as long as his forearm, but only three blows were allowed, anywhere on the body but the head.”

So next time someone says, “The rule of thumb is…” you can have a private little chuckle.