I’m very excited to be posting this excerpt, and reveal that my new release is a collaboration.  An English Dominant, James Collier, a friend for many years,  finally agreed to make this happen.

In, I AM A DOMINANT,  he unapologetically shares some of his experiences, his insights, and his unique Dominant perspective.

I AM A DOMINANT

(This is not the cover, but it struck me as rather wonderful). 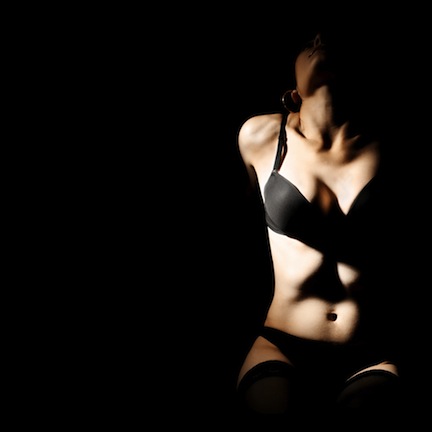 “So, Helen, you’re about to be punished already. Taking a peek when you were told not to, tsk tsk,” I scolded, “but because you owned up your spanking won’t be as hard as it could be, though it did take some pressure for you to admit your wrongdoing, so that has to be taken into account.”

“Sir, that’s good. Look how easily that slipped out. You have a beautiful backside, Helen. It’s made for spanking, and you’d better behave whenever we’re together because I won’t hesitate to turn you over my knee.”

My palm had been caressing and squeezing, and I let it fly, whisking at the crease, the sensitive sit spot where she’d feel it the most.

“As I continue,” I said, landing another on the opposite side, “if you ask me to stop, or protest, or throw your hands behind you, I’ll have to fetch my slipper from the hall closet, and trust me, you’d rather I not do that.”

“Yes, Helen, I am strict,” I replied, smacking once more, “and now I’m going to ignore your yelps. You may howl as much as you wish, but remember my warning.”

Leaning forward I began spanking in earnest, covering the width and breath of her comely cheeks, increasing the tempo and force as the minutes ticked by. Her gasps and moans were left unheeded as I continued, but she didn’t give me cause to fetch my slipper, and when her skin was somewhere between pink and crimson I stopped.

“Do you think you’ll peek again?”

“Will you answer honestly the first time from now on?”

“I also spanked you because you didn’t just need it, you wanted it. Perhaps not quite as hard, but you did want it, correct?”

“Yes, Sir, definitely not quite as hard, but yes, Sir.’

Reaching between her legs I found a river of hunger, and my cock, already standing at attention, demanded to go swimming.

Moving quickly into the guest room I retrieved a condom from the nightstand, and reminiscent of John Cleese in any number of hilarious stripping scenes, I attempted to remove my clothes as I hurried back to her; thanking the D/s Gods for blindfolds I fell back on the couch.

“You’re going to straddle me and sit on my cock,” I said firmly (though slightly out of breath) and slipped the wetsuit in place.

It took me a minute to help her up and position over my lap, then clutching her hot cheeks I guided her on to my eager member. She sighed heavily as she sank down, then let out a long, deep moan. Her ample bust was still covered by the lacy corset cups, and taking hold of the slender spaghetti straps across her shoulders, I slid them down.

Thanks so much for stopping by, and I hope you enjoyed this short excerpt from a book I’m thrilled to have been able to bring to life.  There are some other terrific tidbits waiting from other hoppers. I do hope you have time to swing by and check them out.