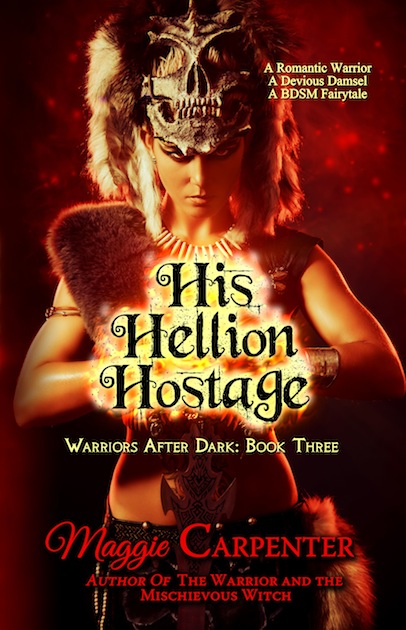 Princess Fallon is a beguiling young royal, but when the twin suns descend she tosses away her gowns, and dressed in a warrior’s garb she wields a sword and fights invisible opponents. Though svelte and small, she has developed a hidden strength and expertise, and she fears no-one!

When Princess Lizbett readies herself to take the throne, she learns that Princess Fallon has begun a reckless plan to try to take the crown. Lizbett’s warrior husband, Lord Larian, orders Zoltaire, his second-in-command, to capture Fallon and hold her until Lizbett’s coronation is over.

Princess Fallon is not an easy captive, but she quickly learns any misbehavior will be met with a trip over Zoltaire’s knee for a sound, bare-bottom spanking. Though she is initially shocked, she finds there is a residual benefit to his hot stinging hand.

Will Zoltaire stay strong, or lose his heart to the determined damsel? And what about Princess Fallon? Can she resist the charismatic warrior, or will her shadowy desires and licentious libido open her eyes to the man he is, and ultimately surrender herself to all that he offers?

Fallon was lost in a sea of sensation. She had never before experienced the overwhelming joy buried inside her sex, and as his lips continued to devour hers, she ached to be utterly his, for him to do with as he wished. When he pulled back from the kiss and eased his finger from her depths, she opened her eyes to see him gazing down at her with a soft smile.

“Princess,” he said softly, “do you wish to surrender your body to me?”

“I do,“ she gasped. “Completely and utterly.”

“Then it will be mine to enjoy as I please. Is this what you want?”

Rising to his knees he took hold of the diaphanous fabric around her waist, and with a single tug of his mighty hands it was torn in two. She let out a startled cry, but he knew it was a wail of stunned excitement, and the simple, unexpected act had fed her fever.

“Now I shall delight in all your charms,” he muttered, lowering his mouth to tongue her belly.

Thanks so much for swinging by, and I hope you enjoyed the seven paragraphs. Swing on by the other contributor’s. There’s plenty of simmering sexy moments to be found.