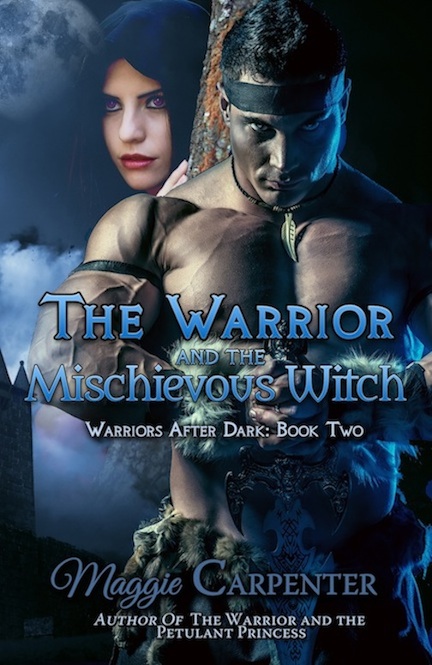 NOTE: Written as a stand-alone book, this is a sequel to The Warrior and the Petulant Princess.

Angelica, a carefree, playful young witch is returning to her cottage in the woods when she detects the presence of a powerful man. A Warrior of the First Order, Darius Dunworthy, has been sent by the Prince of Zanderone to find her. There is an evil menace terrifying the citizens, and the Prince believes the talented witch can help.

“Some ground rules,” he declared as he continued to spank her. “You will not attempt to cast any further spells on me. Do you promise?”

Though shocked by his discipline and his list of rules, she is even more shocked that he doesn’t fear her, but when she learns they will be guests of Princess Lizbett and Lord Larian she is determined to travel with him.

Has Angelica met her match in the mighty warrior? Will Darius be able to control the willful young witch? When they meet up with Lord Larian and Princess Lizbett, what mischief will Angelica get up to? Will the petulant Princess Lizbett be caught up in Angelica’s playful naughtiness?

NOTE: His Hellion Hostage, the third book in the series, has just been released and can be found at: