It’s a frosty, chilly night, and this came to mind, so I wandered through the corridors of my old blog, pulled it out and dusted it off. 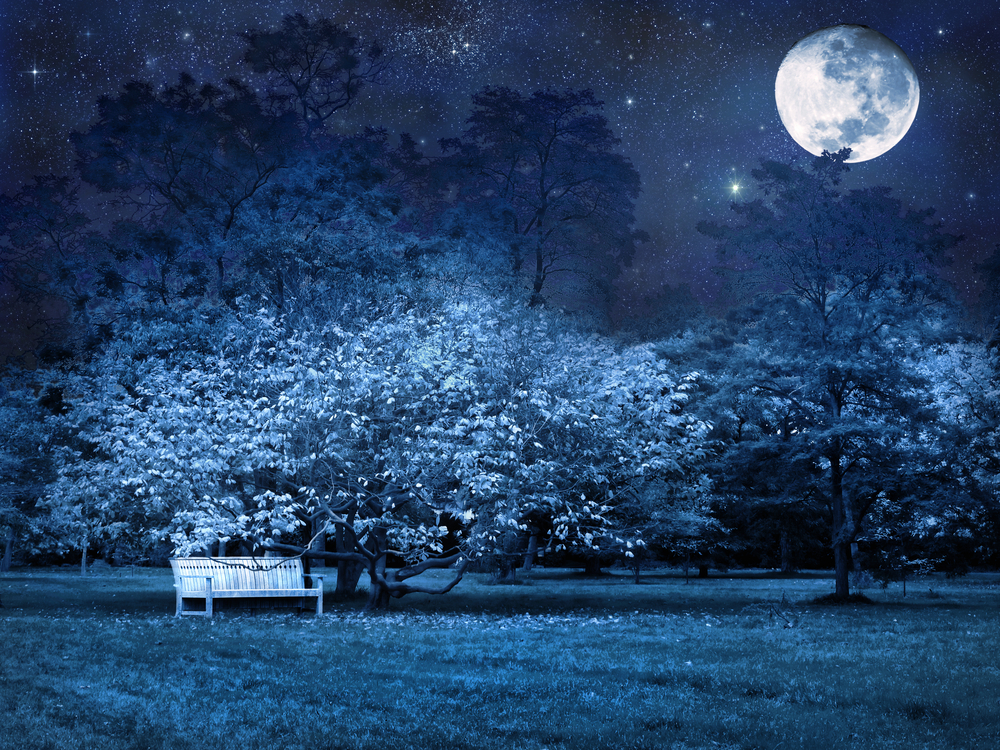 Made visible by her breath, the frost’s cold hung in the air. She didn’t want to be there but she’d promised she would meet him. At the time she’d wanted to, but now…!

A shuddering ripple cascaded down her spine. The park was desolate and forbidding, but it shared its eerie stillness with its beauty, and she allowed herself to fall under the spell of the glacial grandeur that surrounded her.

Reflecting the full moon’s silver glaze, the icy shards clinging to the trees twinkled as brightly as the canopy of sparkling stars overhead. The bench where they had first kissed suggested she should sit, but it didn’t seem right without him, and as much as her feet hurt in the too-small boots, she couldn’t bring herself to accept its silent invitation.

His voice, deep and comforting, sent the much-missed, familiar fluttering through her belly, and she turned to see him sauntering towards her, his hands stuffed in his overcoat pockets.

“I said I would,” she replied, immediately wishing she hadn’t sounded so defensive. “Sorry, I didn’t mean to snap.” Dammit, why am I here? I know I’m a physical masochist, but I’m not an emotional one…am I?

He smiled, and the dimples that once had charmed her worked their magic again. She wanted to sink against his soft wool jacket, feel his engulfing bear hug, smell the rich aroma of his-

“Let’s sit,” he said, interrupting her thoughts as he moved confidently towards the bench.

“So, what’s up?” she asked, attempting to appear nonchalant as she perched on the edge of the wooden seat. I shouldn’t have come. I’ll sit here with a brave face, pretend I’m fine, then go home and cry with my dog.

“Do you remember the promise I made you this time last year?”

The glint in his eye set her butterflies wildly flapping making it impossible to concentrate.

“I’m sorry, what did you say?” she asked pulling herself from the depths of his gaze.

“I asked if you remember the promise I made you last New Year’s Eve. You were sick, too sick to go out.”

She swallowed hard and glanced across the icy lawns. Of course she remembered his promise. She remembered it every hour of every day, sometimes as a fuzzy shadow, other times with crushing clarity.

“Yes, but like you said, that was last year, before we, before you…”

“Before I was an idiot,” he muttered.

“No, but you could have, and you would have been right.”

Her heart did a quickstep, and as she caught her breath she felt her teeth clench. This was not what she’d expected, but then, she wasn’t sure what she’d expected, and she realized she was there because every part of her had ached to share his space, even if only for a few minutes.

“I thought I was supposed to be smart all the time, infallible, have all the answers, but I’m just a human being, and I’ve got all the flaws and weaknesses of any other human being. I’m sorry, Beth, I let you down. I tried so hard to be perfect, and all I did was make an absolute mess of things.”

Her hands balled into fists. Was this just an apology?

Heart thumping, her eyes searched his, seeking the glow of love behind his words.

“I want to spank you right here, now, on our bench, in the freezing cold,” he said softly, locking her gaze.

“And then I’ll take you home and kiss every single inch of you.”

She brought her gloved hands to her face and covered her eyes, though she he wasn’t sure why. What she did know, was that she missed him like crazy, and she wanted desperately to take the leap of faith. Was she that brave? Could she risk it?

Wordlessly, tremulously, haltingly, she crawled across his lap. As she felt the comfortable familiarity, she sighed heavily and relinquished her fears. She was home.