Thank you for stopping by.

THIS IS NOT THE COVER

Just a cool picture, and Lizbett, the Princess, does love her horse. 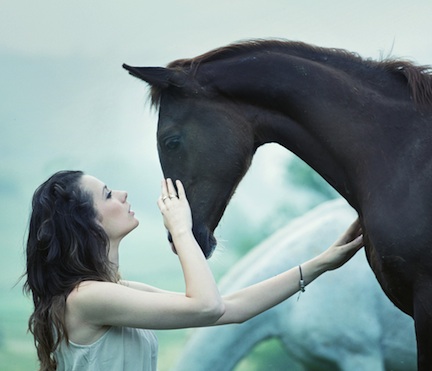 Larian was standing in front of her and had called her bluff, and still she was playing the game, acting the innocent, trying to distract him from her guilt. It was a game at which she excelled, but Larian wasn’t like everybody else; Larian could see right through her.

“Yes, all right,” she murmured. “I surrender. I was wrong, and just now I tried to divert attention from the scene I caused.”

“What do you think I should do about that?”

“Uh, well, since I’ve just admitted my wrongdoing, probably nothing,” she suggested, knowing full well it was a foolish response.

“Still you try? You are relentless. It’s a good trait to have, but sometimes it can get you into even more trouble. I’ll give you one more chance. What do you think I should do about it?”

“You are so hard,” she groaned.

“Since I am about to sit in a carriage for some time, I would think something other than spanking,” she said quietly.

“Just the opposite,” he declared. “I think sitting on a sore bottom is exactly what you need. Come over here and bend across your bed.”

“Yes, I am your Sir, and I’m pleased you addressed me as such. Quickly, there are things I must see to while my men are sleeping.”

As she shuffled across the room she spied the riding stick in his hand; her pulse quickened; it looked nasty.

“You’re going to use that?” she whimpered.

“I most certainly am,” he said firmly.

She paused for just a moment, staring at it, and he was happy she did; the fear of the thing rolling through her veins would only add to the anticipation, and anticipation was in itself a key element of any punishment.

Laying herself over the edge of the mattress, she cringed as her dress and the underlying petticoats were placed on her back, exposing her again in her thin, silky underwear.

She felt the stick lay lightly across the center of her cheeks; clenching her teeth she waited for the first stroke, and it was a short wait; Larian dispatched the stick with a zinging swish. Her leg kicked out, not as a conscious protest but an involuntary response, and as the burning mark radiated through her bottom she groaned into the bed. Wasting no time he delivered the second and third, laying them close to each other, and seeing the angry red lines through the fine fabric he knew they were smarting keenly.

“Lizbett, you knew what you were doing was absolutely wrong, didn’t you?”

“I’m honestly not sure, Sir, but I think it might have been the bags.”

“I became extremely frustrated and angry about the bags, I mean, being allowed only one. It was impossible, so I sent my servant to fetch two more even though I knew you would not allow them.”

“Ah, so your little scene at the stable was a rebellious act; you were angry about one thing, so you chose another to voice your discontent.”

“You can’t always have things the way you want them, Lizbett. I understand this is new for you, but do you see where your moment of rebellion has landed? Directly across the seat of your bottom.”

“You will not need gowns or fine clothes, and you will receive one more stroke for not following my instructions about the bag, then I will leave you. I will return when the West sun is about to set.”

“Thank you for making arrangements to bring Scarlet.”

“Do you think that will get you out of the last stroke?”

“Is it possible you’re really saying, thank you for punishing me? I deserve it and I want it?”

She paused, then moaned into the mattress.

How does he know these things?
He is a Zanderonian warrior, it has been said they understand women, and they are the only men who do.

“Then let me hear it. It will please me, and it will help you.”

“Thank you for punishing me, Sir, I deserve it, and…and…”

The fourth stroke sliced through the air, kissing her skin with fire, but before she had time to feel the depth of the stinging flame he had swept her up and was holding her tenderly.

“Dearest Lizbett, I must discipline you because I love you, because I want you to be happy and at peace. Any time you feel anger towards me because I punish you, please remember that.”

Surrendering into his arms she let out a long breath.

He held her until he knew she was feeling whole again, then gently kissing her he took his leave. He did have matters that needed his attention, and one of them was standing at attention in his pants.

I hope you enjoyed this visit into the life of a brave Warrior and his Petulant Princes, and have time to swing by the other wicked hoppers listed below.