Due out tomorrow, or Thursday, or whenever Amazon decides to release it to the world.

WHEN A COWBOY LOVES A WOMAN… 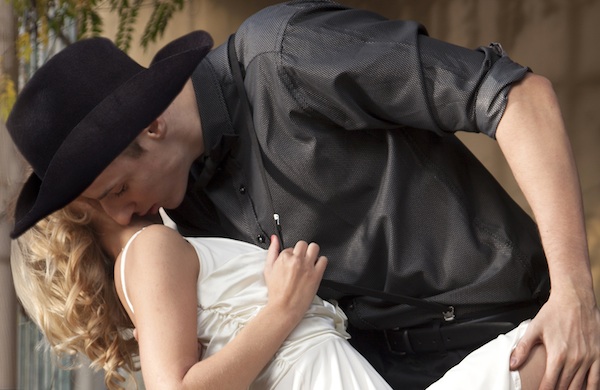 Bridget Cooper, an assistant trainer at a small western barn, has fallen hard for horse handler and cowboy, Caden Price. Their days together are idyllic, their nights filled with torrid passion. She believes they have something special, and is stunned when she discovers him in the arms of another woman.

Strong-willed and defiant, she rebuffs his attempts to contact her, and hoping time and distance will mend her broken heart, she accepts an offer from an exclusive dude ranch several hours away. Shortly after she arrives, she is alarmed and distressed to discover that Caden is the trainer who supplies the horses. Bridget is in for a second surprise. She is unaware that Caden has a dominant, salacious side, and is a strict disciplinarian. Finding her alone and still unwilling to hear what he has to say, he pulls her over his knee.

“Bridget,” he began, moving forward, “you and I are gonna have a serious talk,” and suddenly, before she could speak or react, he was scooping her up and throwing her over his shoulder.

“What the hell? Put me down,” she demanded pounding her fists into his back. “Put me down right now!”

“I will in a minute,” he replied as he walked towards the small changing shed she’d found just a short time before, “but you’d better stop your squawkin’.”

“I won’t, put me down,” she yelled, kicking her legs as hard as she could.

The hard, shocking slap that hit her backside made her gasp, but it stopped her protests.

“One good swat and you’re already listenin’. Maybe this won’t take too long after all.”

“You’re a beast and a bully,” she wailed.

“Maybe, but you’re stubbon and a brat, so perhaps that evens things out.”

He’d reached the shed, and opening the door he set her on her feet and sent her inside with another sound smack.

“Stop doing that,” she hissed, twirling around to face him.

“I told you I was gonna spank you, and I am, and that’s just the way it’s gonna be.”

“Don’t you dare,” she growled shaking her finger at him.

His hand shot out, grabbing her wrist, and before she could blink he had dropped on to the narrow wooden bench, yanked her over his lap, and placed his large leg over the back of hers.

Her objection was met with another hot slap.

“If you keep this up, all this yellin’ and carryin’ on, I’ll spank you real hard, you hear? So hard you’ll be eatin’ your dinner standin’ up.”

“Why are you doing this?” she bleated.

“It’s real simple, darlin’. First, ‘cos you’re a brat and you need it. Like I said, if I’d done this sooner I think we could’ve avoided all the crap. Second, because you pulled that childish prank and snatched my underwear and socks. You think I’m gonna let you get away with that?”

“Apparently not,” she sniped.

“Third, and most important, you’ve been completely unreasonable. You never let me explain what you saw. You just jumped to conclusions, and I’m gonna spank you until you agree to sit quietly and listen to me.”

“You think sayin’ that is gonna stop me from warmin’ your ass?”

“Then I’m glad you finally came to your senses,” he said smoothing his hand over her bottom, “but it doesn’t change how you acted back then, it doesn’t mean you don’t need a good spankin’ for bein’ such a brat, and it doesn’t mean I’m not gonna swat you good for your prank, startin’ right now!”

My apologies for the list below. WordPress refused to cooperate. 🙁